Traveling through Hastings on Highway 61, most drivers pass over the Vermillion River, unaware of the spectacular vista to be found just steps away.

The roughly 50-foot waterfalls at Vermillion Falls Park is the focal point of this City of Hastings park and has been especially picturesque this year. With a drainage area of 372 square miles and 38 miles of the Vermillion River, a lot of water reaches the falls, especially after heavy rains (which we've had plenty of in 2019) before making its way to the Mississippi a couple of miles east.

In addition to enjoying the roar and rush of the falls, you can also walk through a dry waterfall, explore karst topography, encounter a walking fern, meet ancient bur oak trees and see the oldest operating flour mill in the state.

And if you'd like, since this is one of FMR's newer habitat restoration sites, you could also return to protect this special place.

In the generally level landscape of Dakota County, it may come as a surprise to find a significant waterfall and gorge. These features trace back to the last glaciation around 16,000 years ago, a glacial lobe spread across much of Minnesota, all the way south to the Des Moines, Iowa area.

Some of the meltwater from the "Des Moines" lobe carved an easterly path across Dakota County in what is now the Vermillion River, though today’s river is a fraction of its former self. The meltwater carved down to the limestone bedrock, then eroded away the sandstone beneath the limestone, which then collapsed and created a cataract (a fancy name for waterfall!).

Ever wished you could walk in the river bed of a waterfall without getting wet? Well, you can at Vermillion Falls Park.

At the southeast part of the park lies another gorge that mirrors the existing falls and river, but only carries water briefly during large rain events or spring melt. Most of the time, you can walk through a crevasse of limestone pillars, spires and ledges left behind after the glacial river disappeared. The limestone is pockmarked with holes and crevices, where softer stone eroded away, a feature referred to as karst. 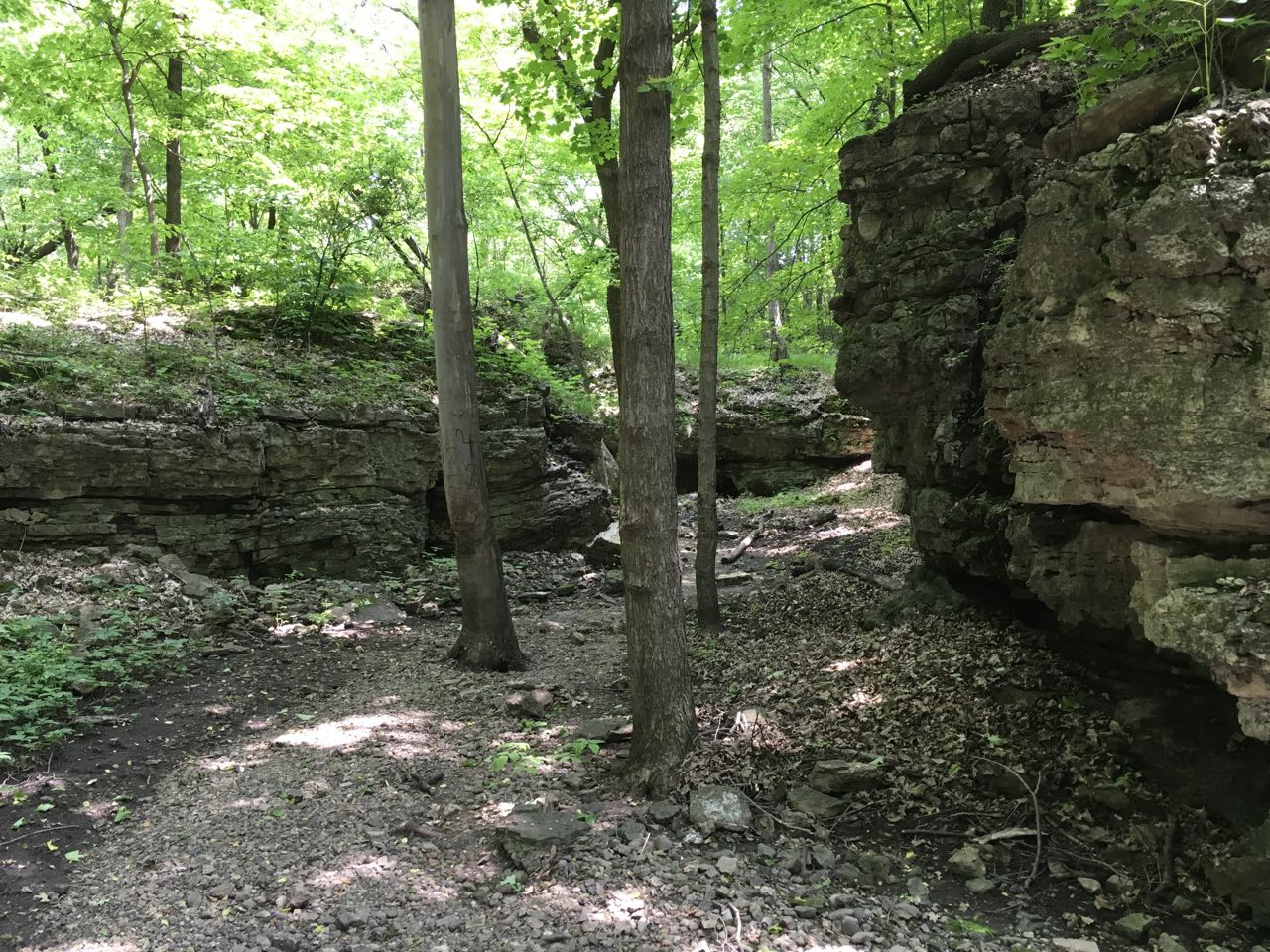 The crevasse or gorge at the southeast part of the park was formed in the same manner as the falls. 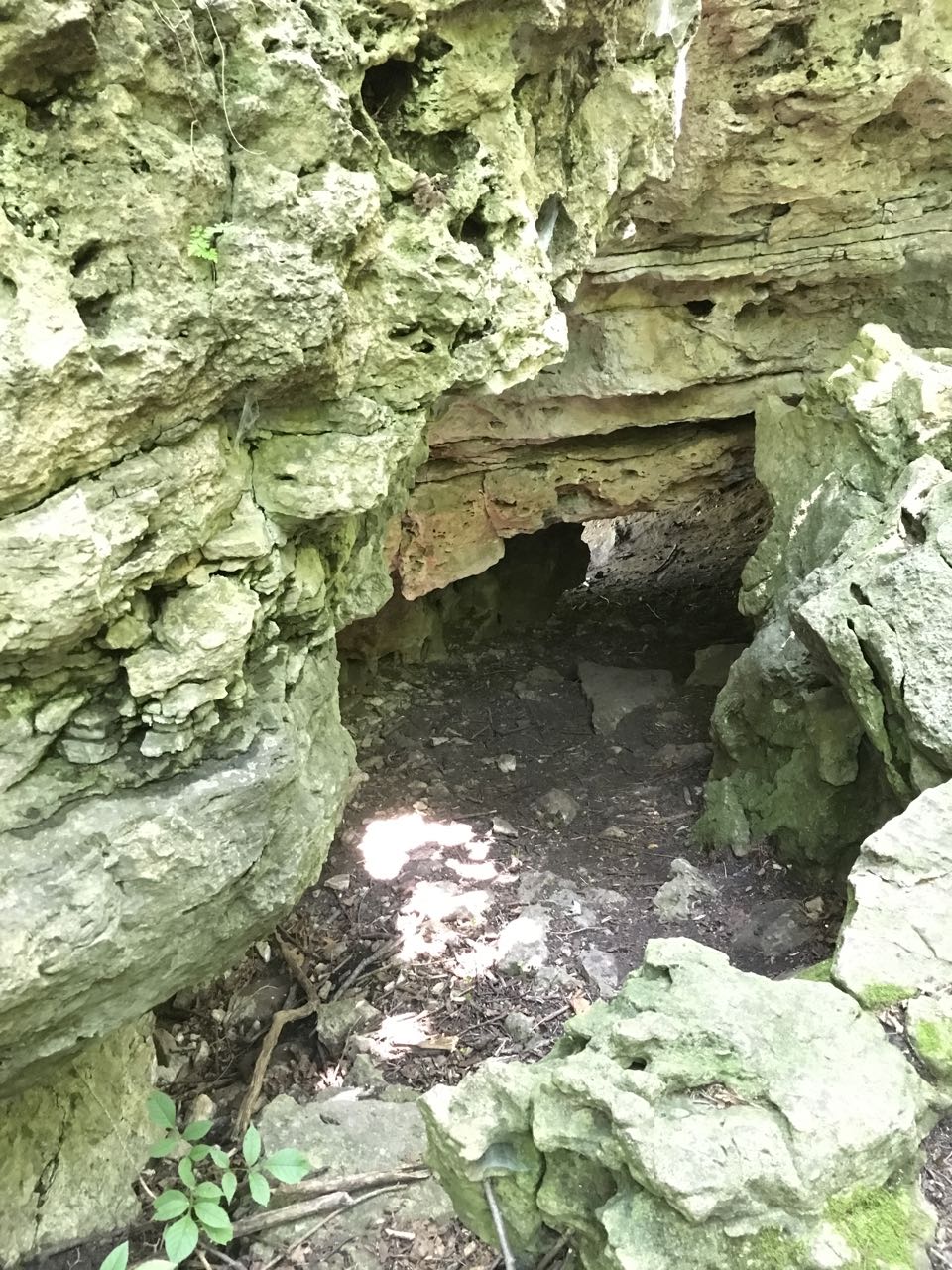 The pock-marked limestone and tunnel, caused by eroded stone over time, are characteristics of karst formation.

Across the river from the park is the first operating flour mill built in the state, where graham flour was developed. Built in 1854, it is still operating today as Ardent Mills, though no longer powered by the falls.

FMR is currently developing an ecological management plan for Vermillion Falls Park. While the park is heavily invaded by buckthorn, it has amazing geologic features that create an enchanting scene, especially along the river or under the deep canopy of a maple-basswood forest.

It also has unique plants, such as walking fern, whose long tendrils extend out, anchor, and become a new plant. Kittentails (Besseya bullii), a state-threatened species characteristic of savanna, was also found at the park, although it is not likely to persist without management to open the canopy. And ancient bur oaks roam the park, giving evidence of its historical savanna condition. 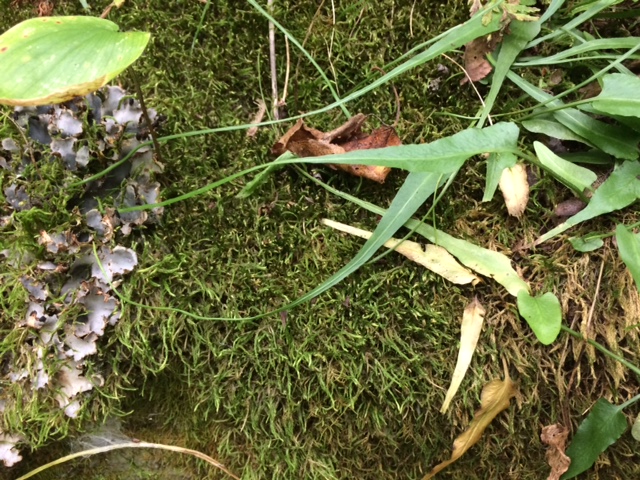 Walking ferns have long tendrils that anchor and produce new plants, thus "walking" across the land. 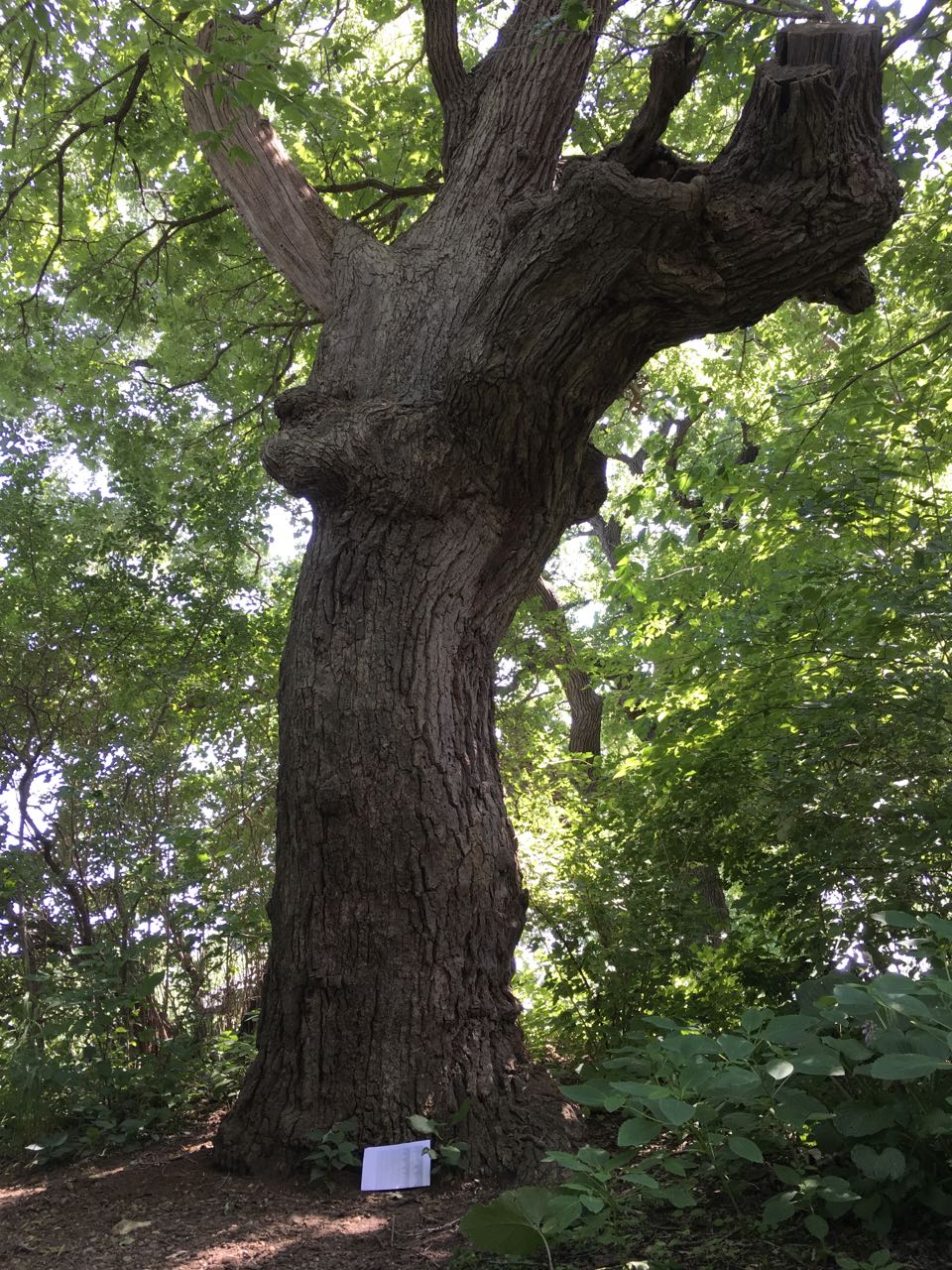 Giant bur oaks with spreading branches reflect the historical savanna of the park.

FMR has already begun some of the management this summer, with the help of volunteers who hauled and stacked buckthorn. FMR hired Landbridge Ecological Inc, to cut the brush and treat the stumps in order to avoid resprouting. Funding for this work is provided by the Tecla Karpen Trust, the City of Hastings, and a grant from the Outdoor Heritage Fund through the Conservation Partners Legacy program. 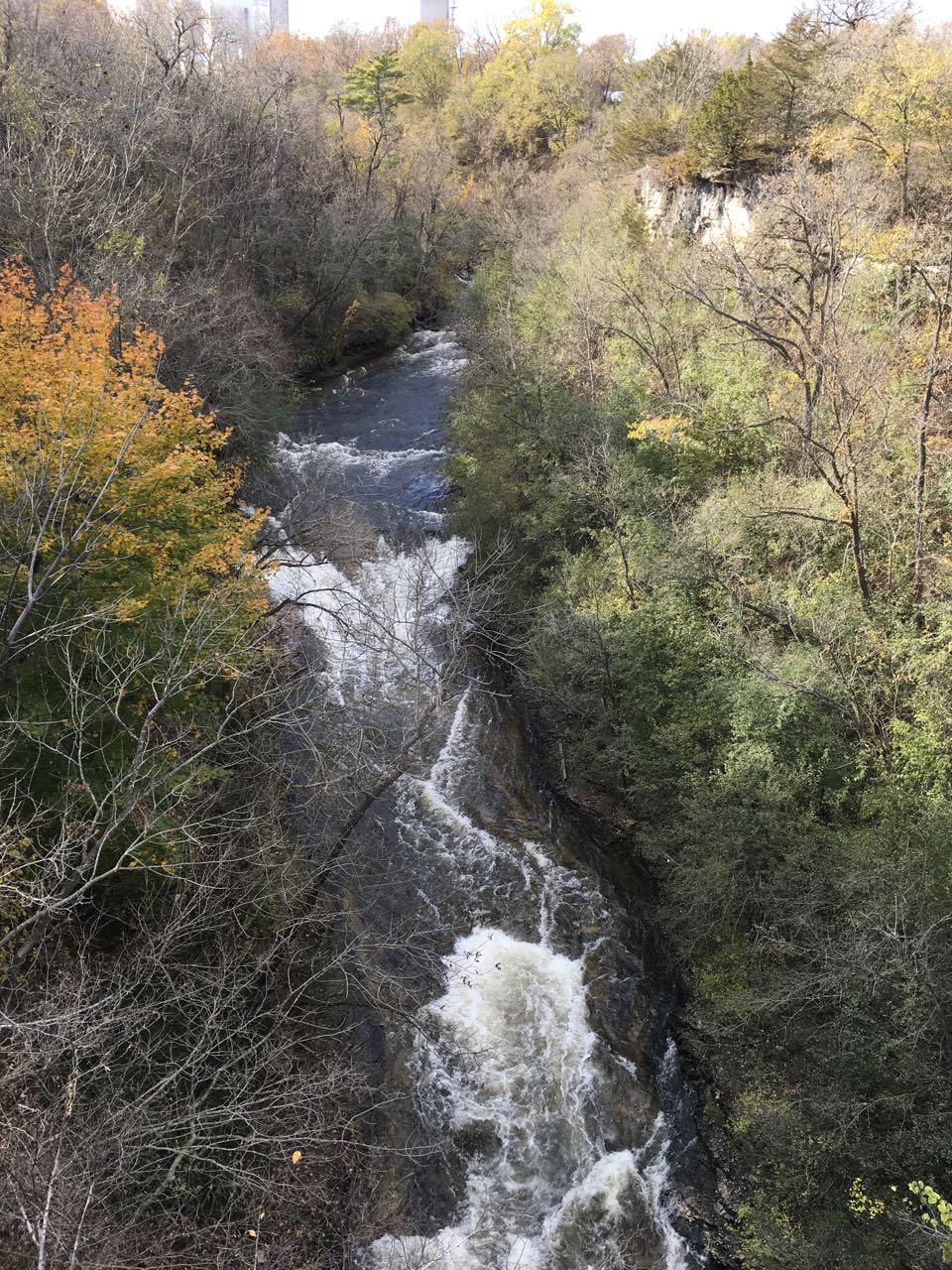 A stretch of rapids below the falls.

If you're planning a visit, the city offers a great map (PDF) with this and many other points of interest.

If you'd like to restore habitat at this special place and other nearby Vermillion River Stewards locations, email Sophie Downey at volunteer@fmr.org.