State studies confirm: 40 percent of MN lakes and rivers are polluted | Friends of the Mississippi River
Skip to main content The Lake Pepin-Mississippi watershed is among many that feel to meet water quality standards. (Photo courtesy of the MPCA)

In the land of 10,000 lakes, about 40 percent of Minnesota’s waters fail to meet basic health standards according to a pair of new state water quality reports — with our namesake river, the Minnesota, among the most polluted.

Under the Clean Water Act, Minnesota sets standards that define how much salt, nitrate, mercury, sediment, bacteria and other pollution a body of water can have in it and still be considered safe for "designated uses" like drinking water, fishing, swimming or irrigation.

A body of water is considered “impaired” when it fails to meet one or more water quality standards.

Minnesota’s “Inventory of Impaired Waters” is the most comprehensive available list of waters studied so far that fail to meet clean water standards. Published biennially, the draft 2018 list shows that excess mercury in fish tissue — a leading cause for fish consumption advisories throughout Minnesota — remains the single largest cause of impairments in our waters (31 percent).

You can view the full inventory of impaired waters online. Better yet, check out the state’s Impaired Waters Viewer (IWAV) for all impaired waters, including those just listed, delisted and corrected for 2018.

A second report released in October made it quite clear that, overall, the Minnesota River is unhealthy.

The study notes that several pollutants combined with changes in river flows brought on by human activities are driving the river's water quality challenges:

Major improvements in cropping systems that emphasize perennial crops and cover crops, water storage, soil health and pollution controls will be needed to restore the river to health.

To learn more about these and other pollutants as well as potential solutions, check out the State of the River Report.

You can help. Join the FMR River Guardians

While the Mississippi River and its tributaries are cleaner today than they were 30 years ago, these reports make it clear that many challenges remain.

FMR is working to reduce many of the pollutants highlighted above. To reduce farm runoff, for example, we're supporting the increased use of perennial crops that better protect our waters and communities while supporting our economy.

To take action on important water quality issues like these, sign up to be an FMR River Guardian! We'll be in touch when the river needs you the most, with email action alerts and invitations to special, educational happy hours. 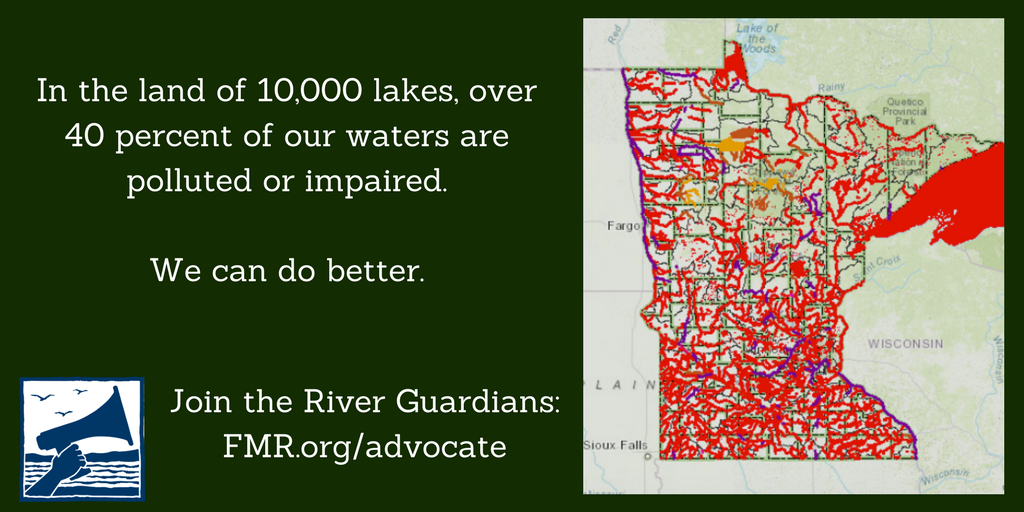